Cuenca is located two hundred kilometers southeast of Madrid between the Serranía de Cuenca mountain passes. The old town stands on a cliff surrounded by deep gorges. It is surrounded on both sides by the Júcar and Huecar rivers.

The new city is separated from the historic core of Cuenca by the river Huequar; the modern neighborhoods extend east and south from the Old City. Cuenca is the provincial capital of the autonomy of Castile-La Mancha.

Old Cuenca has preserved the architecture, culture and beliefs of different nations. The ancient Celts, Iberians and Romans, Arabs, Jews and Christians left their mark here. The first Celtic settlement was formed on a rock between the rivers Hukar and Uecar at the beginning of the era. The Arabs, who gave the city its name, came here in the early 8th century. The Christians, led by Alfonso VIII, took over Cuenca in 1177.

The city prospered until the plague of 1588, then a succession of troubles: epidemics, religious strife, climatic anomalies. In the 17th century, textile production was stopped, and the once successful economy suffered an unprecedented crisis. The revival began with the development of tourism in the XX century. Tourists now bring the main income to the city treasury. Since 1996 Cuenca has been included in the UNESCO list as a representative example of a fortified medieval city.

The main square of old Cuenca is traditionally called Plaza Mayor. It is adorned by pretty, colorful facades with openwork wrought iron balconies. Here are the Convento de San Pedro and the Church of San Pantaleón; the gray baroque building of the Consistory with an arcaded first floor rises. Dominating the Plaza Mayor is the city’s main cathedral.

The Cathedral of Cuenca (Catedral de Cuenca) was founded in 1196. The basilica was built in the Norman Gothic style. In the fifteenth century, almost the entire exterior of the building was altered, and in the eighteenth century Ventura Rodriguez created the Baroque main altar. A neo-Gothic façade was added to the building by Vicente Lamperez in 1903. The side towers remained unfinished, so the cathedral is considered unfinished.

The Church of St. Michael (Iglesia de San Miguel) stands in the northeast of the city, by the Júcar River, to which the San Miguel staircase descends. It is a Romanesque-Gothic church with elements of Mudejar style, built roughly in the 13th century. The church has two naves, one central and one lateral; an apse and a low bell tower; a portal in the form of an arch with pilasters. The church was restored in the XVIII century, given to the city and used for exhibitions and concerts.

Not far from the cathedral, on Calle Santa Maria, stands the Torre Mangana, which for many years served as the bell tower and the city clock. The structure was erected in the 16th century and in 1926 it was reconstructed in the Mudejar style. A square bell tower was added to the top, and the walls were topped with dentils. Another reconstruction, which finally gave the tower the appearance of a military fortress, was carried out in 1970. After that, Torre Mañana became a symbol of Cuenca.

The Hanging Houses of Cuenca

In the old town, south of the cathedral, above the river Huecar, is Cuenca’s “trademark”, the 14th century Hanging Houses (Casas Colgadas) with their wooden balconies. Once there were many such houses built above the gorge, miraculously kept on the rock. Today, only a few restored structures remain, among them the two Royal House and the Casa de la Sirena. The buildings are home to the Museum of Abstract Art and a restaurant.

The Palace of the Bishop of Cuenca (Palacio Episcopal) is located to the right of the Cathedral. It was rebuilt in 1250 from several ancient Arab buildings. The portal in Moorish style has been preserved. In the 16th century, the architect Pedro de Alves rebuilt the buildings into a single palace with a square patio, with Isabelino-style arcades. In the 18th century, the facade of the Bishops’ Palace was reconstructed in the Classical style. The building now houses the Diocesan Cathedral Museum (Museo Diocesano de Cuenca).

The Puente de San Pablo is the best viewpoint in Cuenca. This iron bridge with wooden railings over the gorge offers a panorama of rocky cliffs, the valley, the Old Town and the houses of Casas Colgadas, hovering over the abyss.

The Archivo Histórico Provincial is located near the ruins of Castillo de Cuenca – on Calle del Trabuco, in a building built in the 16th century for the headquarters of the Inquisition Court and the prison. The archive, created in 1948, contains the documents of the provincial public administration.

The cozy Parque de San Julián is located in the center of Cuenca, among the office and administrative buildings, next to the main shopping streets Carretería and Colón. It was founded at the beginning of the last century. There is a rotunda gazebo, wrought iron lanterns, a statue of philanthropist Gregoría Fernández de la Cuba and the Pissing Boy fountain. There is an Argentine restaurant Bien Porteño in the park.

The Sacred Heart of Jesus

At the highest point of the city, on the Sierro del Socorro hill, stands a monument built in the mid-twentieth century. It is the “Sacred Heart of Jesus”, a statue of the Savior blessing Cuenca. It is set on a huge pedestal.

You can learn more about the culture and history of the city in its museums and galleries. The Museo de Cuenca, with its archaeological finds and historical documents, is located in Casa del Curato. The Casa de la Sirena, hanging over an abyss, houses an exhibition of modern Spanish abstractionist works. The former Casa de la Sirena is now home to the Museo de las Ciencias de Castilla La Mancha (Science Museum of Castilla-La Mancha). On the Molina hill there is an exhibition space Ars Natura, dedicated to the fauna and natural treasures of the autonomy, with an aquarium and a mycoterrarium. In the Cathedral there is a small museum of painting, Tesoro Catedralicio, and in the former Carmelite monastery there is an art gallery of the Fundación Antonio Pérez.

Cuenca’s main holiday is the Fiesta de San Mateo (Fiestas de San Mateo). The day of St. Matthew, the celestial patron of the city, is celebrated September 18-21 (it is believed that on September 21 the troops of Alfonso VIII recaptured Cuenca from the Muslims). There is a mass in the cathedral and processions in the streets. There are merry carnivals, competitions and children’s drawing contests. Everyone is treated to local fruit wine. The festivities end with the traditional run of young bulls on Plaza Mayor.

The Semana Santa (Holy Week) is celebrated in Cuenca, as is the case in all of Spain. Processions and parades take place every day until Easter. Tourists flock to the city to see the famous Las Turbas (Parade of Figures).

From August 21 to 31, Cuenca celebrates St. Julián’s Day. The program includes sports, religious and cultural events. There are equestrian competitions, a colorful carriage parade for the little ones, a sand sculpture competition, and the Taurine Fair. There are performances in San Julian Park; dozens of rides and cafes with sweets and drinks are set up in the Fairgrounds.

How To Get From Madrid To Cuenca

How To Get From Valencia To Cuenca 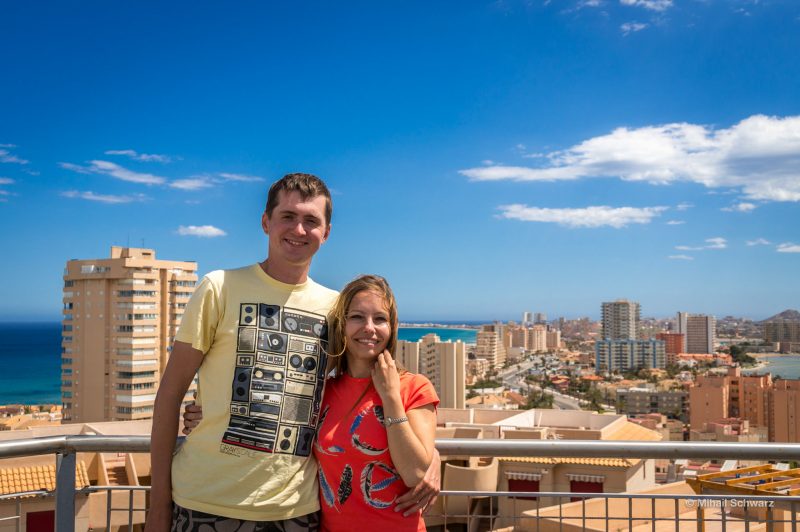 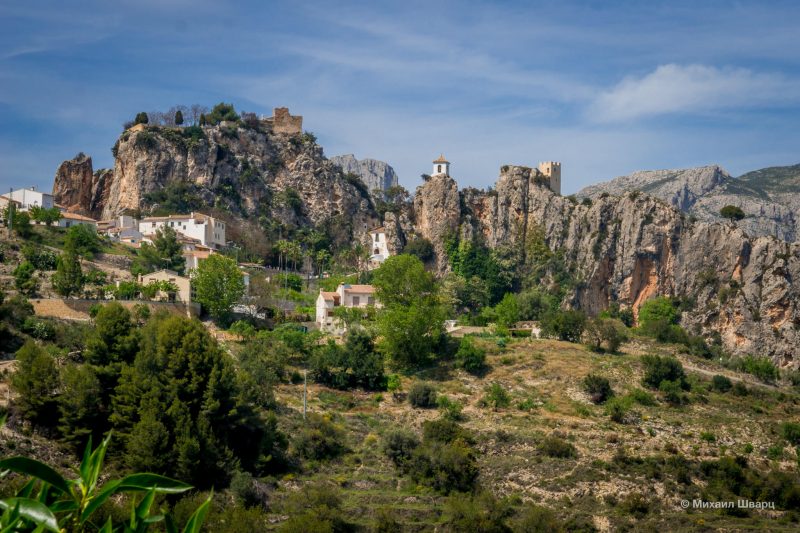 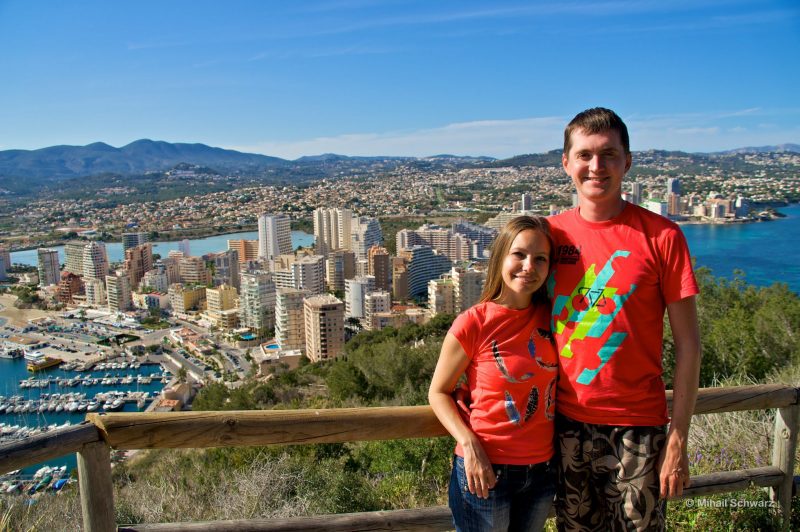